The Best Fried Chicken in the Scenic City

Few Southern dishes have the place of pride at the table as fried chicken. It’s enjoyed throughout Dixie, even in a geographically and culinary diverse region that celebrates shrimp & grits on the Coast, gumbo by the Delta and barbecue in the Carolinas. It has a place of honor on the menus of humble meat ’n’threes throughout the South, as well as gourmet restaurants in the United States’biggest cities who recently discovered trendy Southern cooking thanks to the national farm-to-table movement. Whether prepared by a third-generation cook who is Southern born and bred or by a five star chef who has newly discovered the virtues of macaroni and cheese as a vegetable, fried chicken continues to wow palates and comfort hungry bellies.

As a food-loving city, Chattanooga has an amazing array of restaurants, and an equally amazing array of approaches to this Southern classic. When it comes to measuring whose Southern repertoire has the most grit, there’s no better standard unit of measurement than fried chicken. We suggest you take a Fried Chicken Tour of Chattanooga and taste for yourself which recipe puts the right amount of South in your mouth:

Mount Vernon restaurant has been open for four generations, and the fried chicken they serve today is made with the same recipe introduced all those decades ago. The original owner, Gus Tombras, had run several other restaurants in Chattanooga since moving there in 1905, several of which featured classic Southern fare. That’s quite the pedigree, and one that Hannah Messinger, the youngest member of the Mount Vernon family cites as the secret to the restaurant’s fried chicken. She knows her stuff. Not only has she been involved in Mount Vernon operations, she’s a professional food stylist and recipe writer. “The fact we’ve made the fried chicken this way for so long is something really special,”she said. In a region that loves tradition and family, Mount Vernon’s approach to the South’s signature dish certainly starts with good down-home values. 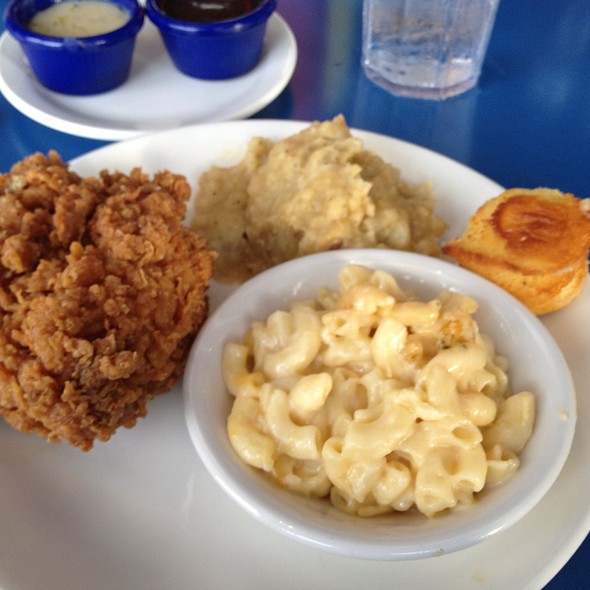 Blue Plate is a downtown favorite right on the riverfront. Named for the original diners that served up meat and vegetables on blue plates that indicated the daily special. They make every dish from scratch, including their famous fried chicken. “The fried chicken is really what we’re known for,”said manager Joseph. “The fried chicken breading is a family recipe. It’s a boneless breast, so you don’t have to worry about picking through bones.”Indeed, that combination of a proven recipe and thoughtful choice of ingredients is what makes Blue Plate many a Chattanoogan’s daily special event. 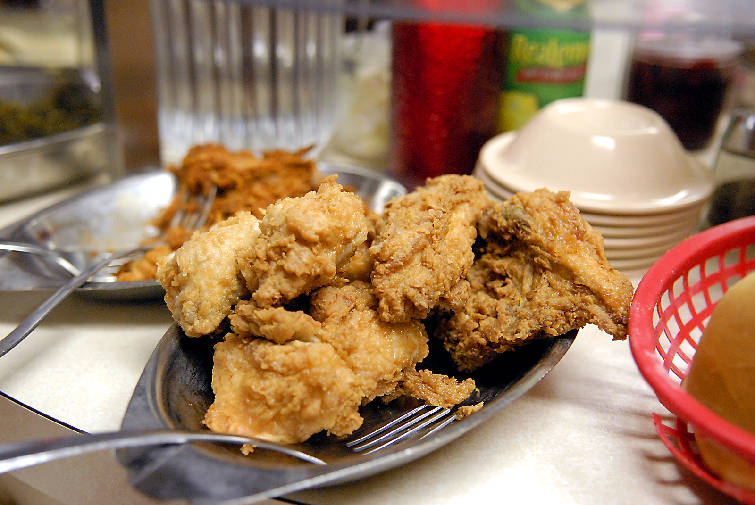 Bea’s is a classic meat-n-three, complete with lazy-susans to pass around the fresh chowchow. But it’s the fried chicken that’s been bringing customers in for over sixty years, outlasting most of these old family-style restaurants that once filled the city. Doug Bradshaw, one of the co-owners, explained, “I reckon the reason our chicken is so good is because it’s a closely guarded family secret and we’ve cooked it like this for many, many years. We’ve been making it the same way for 65 years. It’s my grandmother’s recipe who started the restaurant.” He now runs the restaurant with his brother, and they see no reason to change what’s been winning over loyal customers since the 1950s. 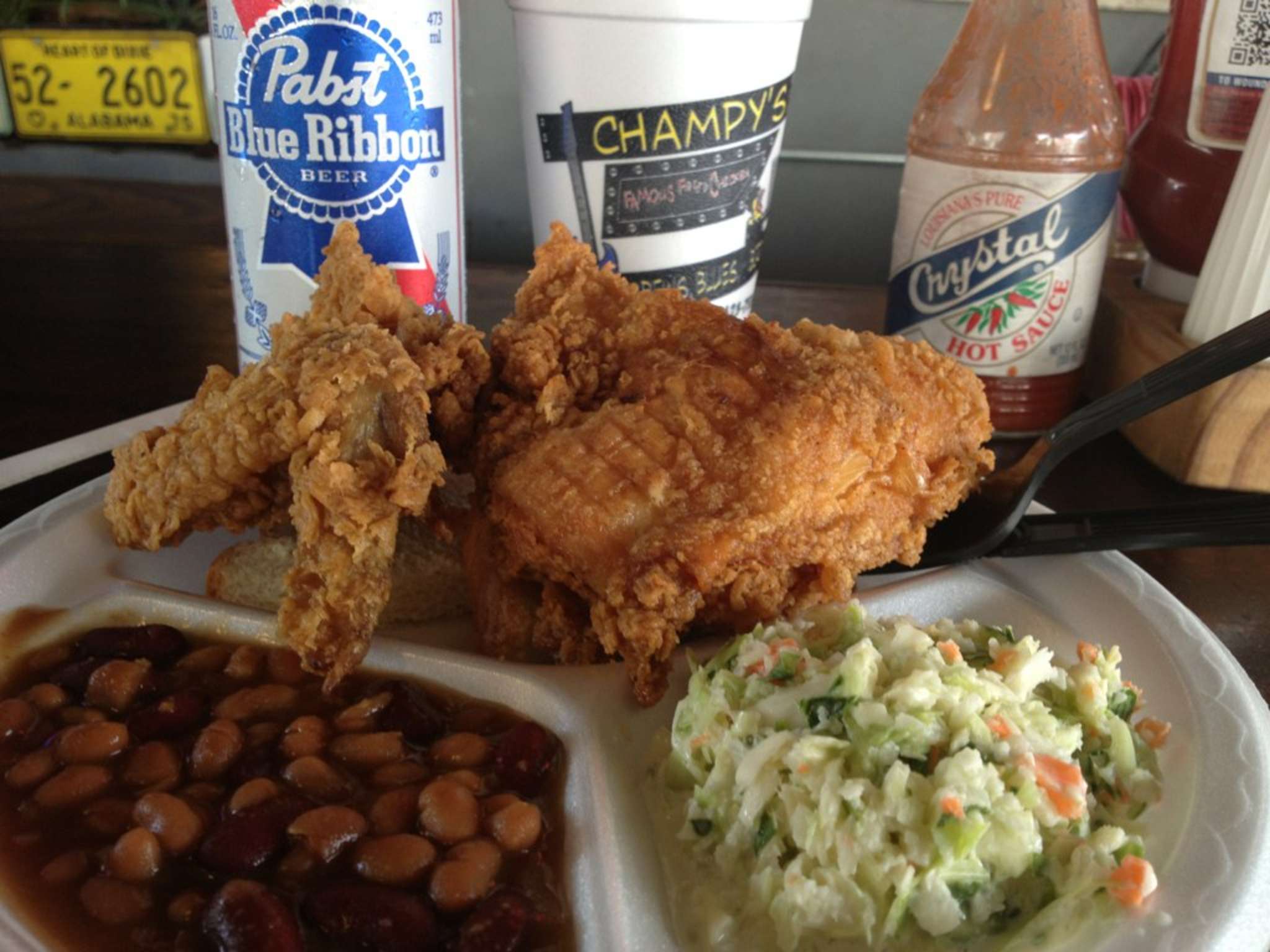 Champy’s is so confident in its fried chicken that it’s what the entire restaurant is themed around. With multiple locations throughout the South, it brings a Mississippi Delta approach to the classic dish. They put a little extra kick in the seasoning, and because fried chicken is the focus they have an especially wide array of ways too enjoy the bird, from tenders to wings to white meat, dark meat, or half a whole chicken. Right by the University of Tennessee at Chattanooga, it’s rare to pass by and see the patio anything less than absolutely packed. 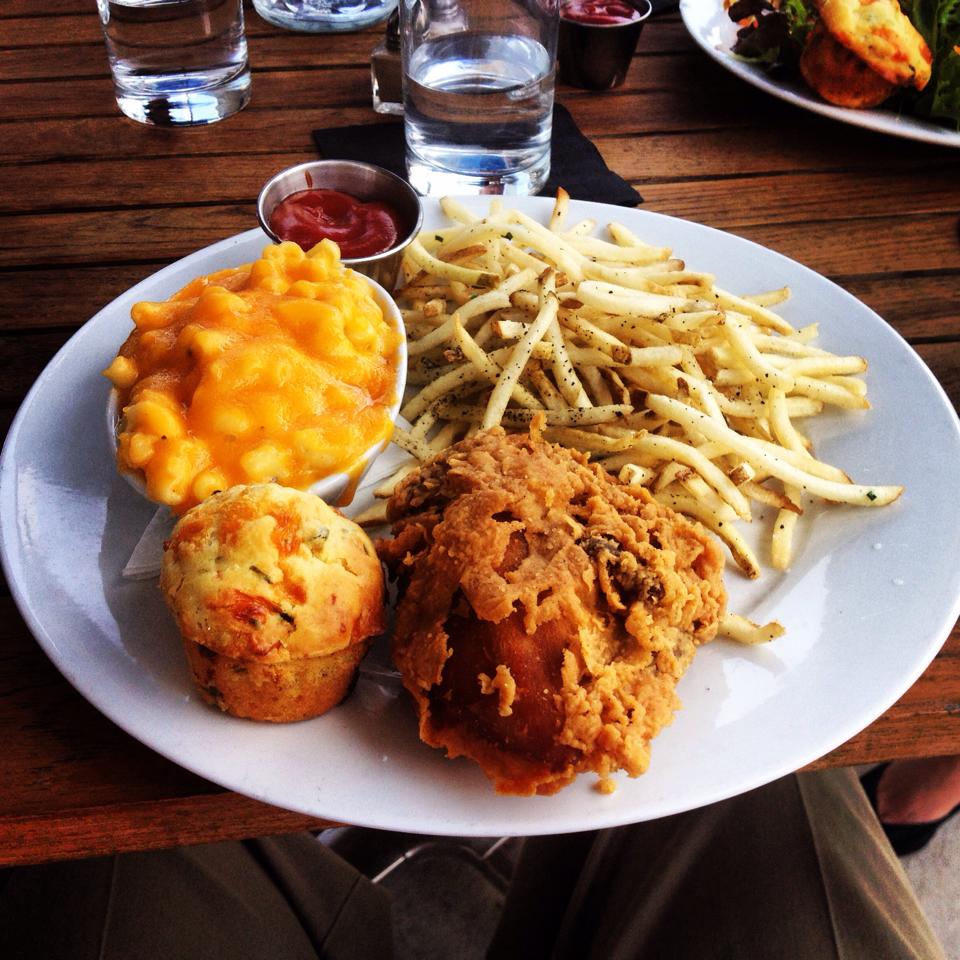 Public House may buck the trend of family recipes that date back for decades, but we stand by our modern approach to fried chicken. After all, it has a pedigree of its own. Nathan Lindley trained under Frank Stitt, the godfather of contemporary Southern cuisine, at Bottega in Birmingham, Alabama. There he learned how to meld traditional Southern cooking with other culinary influences to take familiar ingredients and flavors in interesting new directions. John Fleer, former chef at Blackberry Farms in Walland, TN, inspired Nathan to brine chicken in sweet tea for a unique balance of flavors that seal in the juices. After a bath in that sweet and tangy brine, we then roll the chicken in a crispy breading and fry it till golden, never too greasy. We pair each plate of fried chicken with a house-made tabasco on the side that’s just the right thickness, vinegar-y bite, and heat to compliment the subtly sweet and powerfully savory chicken. In other words, we took all the things we love most about Southern cooking—the marriage of sweet, tangy, warm, and comforting, and blended it into the ultimate take on fried chicken. Even on our seasonal menu that changes regularly, we always serve up fried chicken. After all, it’s always in season in the South, much like mac n cheese always qualifies as a vegetable. We’d love to share our take on this classic dish with you, as we’ve shared it with so many loyal customers.