A Staple Restaurant in Downtown Chattanooga

A good restaurant should feel like coming home, and the best chefs know how to prepare even the simplest, most nostalgic dishes as good as you remember mom making them. At least, that’s what we believe at Public House, which was the result of restaurateur Nathan Lindley coming home both literally and figuratively.

In 2009, Lindley moved back to his hometown of Chattanooga and founded Public House, a place where his down home roots and fine dining finesse could meet in the middle.

For the past ten years, Public House has offered customers a comfortable gathering place to enjoy dishes made from trusted ingredients and cocktails that are as vibrant as Chattanooga itself. Like our space in Warehouse House Row, we balance the old and the new, the familiar and the unexpected.

Well before Nathan Lindley honed his skills in Frank Sitt’s legendary kitchen at Bottega Café, he got his start working a stove at Rock City right here in Chattanooga, Tennessee. Eventually he grew up and moved to Birmingham, where he learned from the godfather of Southern food himself. Lindley would later learn the ins and outs of opening restaurants when he helped a friend and fellow Bottega alum launch a now-national concept.

Lindley discovered that he loved opening restaurants and practicing the fine art of wedding customer-forward concepts with delicious, unbeatable food. He opened upscale contemporary restaurant St. Johns with college friend Danny Lasseter, as well as its bar side and sister concept The Meeting Place a few years later. Lindley also opened a lunch cafe called Café Bella, the Watermark Restaurant in Nashville, and two locations of Il Primo in the Chattanooga area.

Public House has always been special to Lindley, however— where the menu tells so much of the story of his career in food and hospitality. From the pimento cheese recipe adapted from Frank Sitt’s cookbook, fried chicken patterned after Blackberry Farms’ recipe to pot roast inspired by his brother’s stint working under Tom Collichio at Gramercy Tavern, each dish is a little taste of Lindley’s culinary journey.

Welcome to what happens when Nathan Lindley decided to slow down and open a classic Public House in Chattanooga. 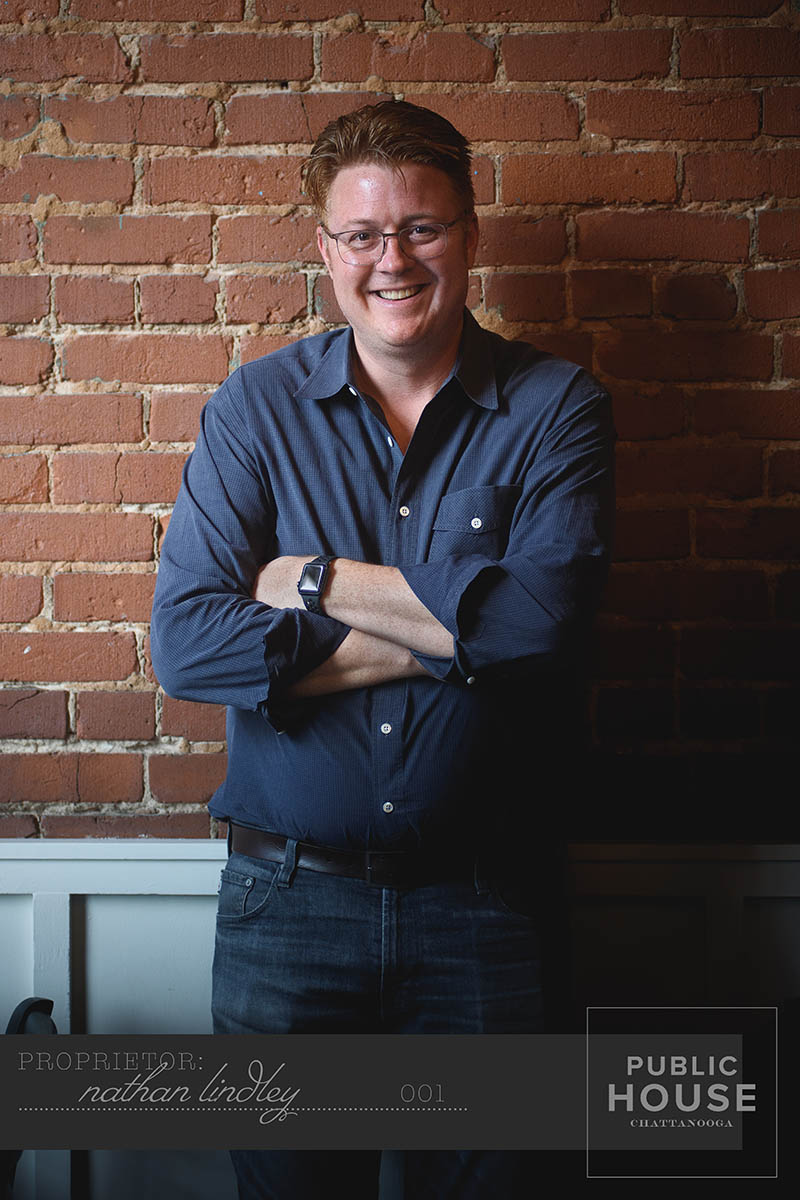