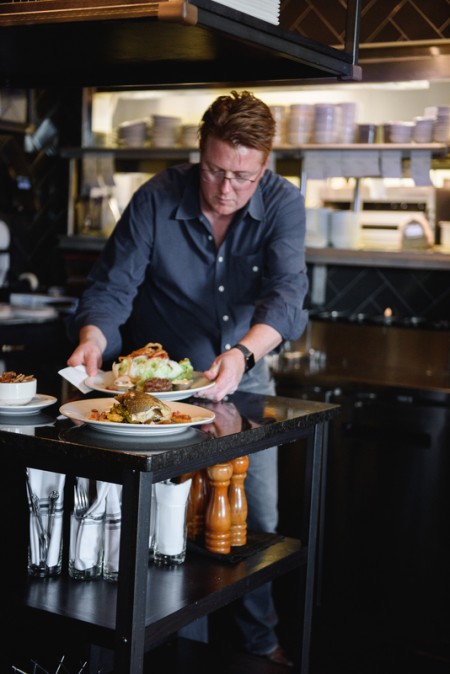 Our very own chef and owner, Nathan Lindley, was recently featured in a Chattanooga Times Free Press piece about his three successful Chattanooga restaurants.

At 46, Nathan Lindley has had a prolific career as a restaurateur — with three successful restaurants currently under his ownership: Public House at Warehouse Row and two locations of Il Primo (in Riverview and Ooltewah). He began his culinary career at the tender age of 14 at a full-service restaurant at Rock City. Later, he waited tables at The Gardens restaurant, once a popular eatery at the Chattanooga Choo Choo.

But it wasn't until he moved to Birmingham and began working under legendary chef Frank Stitt at his award-winning restaurant, Bottega, that his culinary career began in earnest.

In 2000, Lindley opened St. John's Restaurant in downtown Chattanooga, then opened a small lunch cafe, Cafe Bella, across Market Street. With his brother, he opened The Meeting Place, a sister restaurant to St. John's, before moving to Nashville to open Watermark. In 2009, he moved back to Chattanooga and opened Public House. In May 2014 he opened Il Primo in Riverview, followed by the second Ooltewah location in late 2017.

"The years I worked for Frank (Stitt) were the most formative. I was not someone who was in his inner circle, but he was so far ahead of most restaurants nationally in his attention to local products and seasonality."

Learn more about Lindley and his experiences with the Q&A in the original Times Free Press story.