It Doesn't Get More Southern Than Pimento Cheese 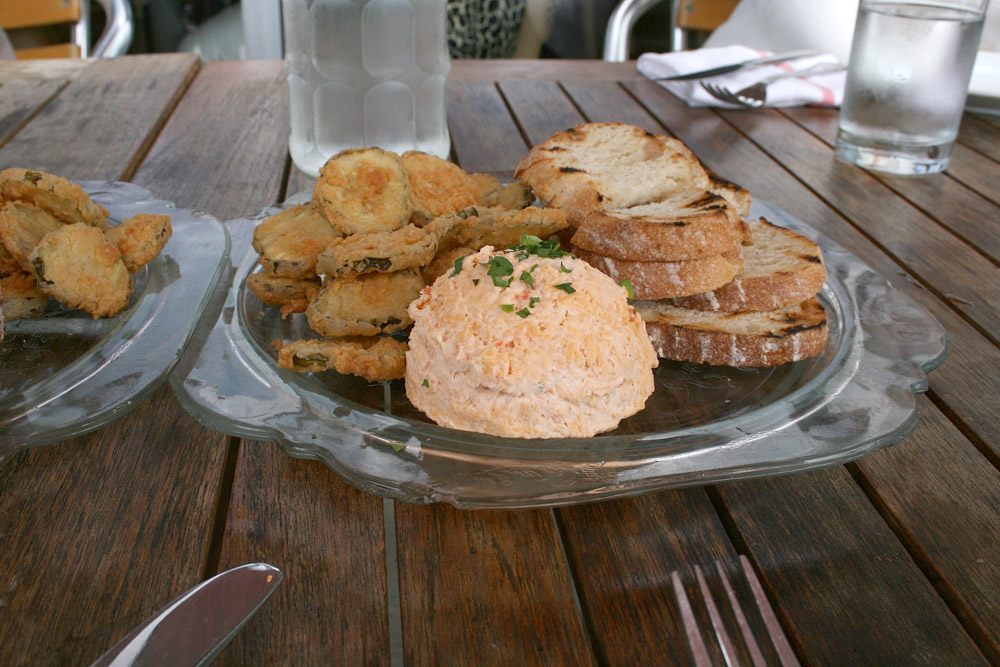 You can tell a lot about a person from how they make pimento cheese. No two Southern cooks make it the same, and everyone’s grandmother has her own special recipe.

Some add extra mayonnaise, or are particular about the brand—the Hellman’s vs Duke’s debate has raged for decades. Others add in extra ingredients like jalapenos or pickles to give pep to the simpler pimentos, or use fancier cheeses than the traditional cheddar. The ratios vary, as does the mixing process. Some like their pimento cheese chunky, some prefer it creamy smooth and consistent. There are as many ways to make pimento cheese as there are ways to be Southern.

Pimento cheese isn’t as old a member of the southern cooking cannon as soul food staples like fried chicken and collards. It’s only been around for a hundred years. Food Historian and Charlestonian Robert F. Moss traced its origins back to early 20th century food processing and domestic science. Cream cheese was a relatively new invention, and canned vegetables were beginning to catch on in homes throughout the country. Combining the two was the epitome of sophistication and spending that housewives craved for entertaining. And as we all know, Southern ladies are some of the very finest in the country at proper hospitality. Pimento cheese may have started as a nationwide craze, but it truly found its home in Southern parlors.

Despite its comparatively recent origins, pimento cheese is one of the most popular dishes in a resurging celebration of all things Southern. Simply everyone has something to say about this classic. As Francine Maroukian put it for Garden and Gun, “From potlucks to lunch pails, pimento cheese is the stuff of everyday Southern life. Doesn’t matter whether their first taste came from the local grocer or Grandma’s kitchen, most Southerners are attached to their ’menta cheese memories.”

Larry T. McGehee called it, “one of those major southern distinguishing institutions, right up there as a subject of debate with religion, politics, barbecue, biscuits, gravy, mint juleps, and the proper age for curing of country hams” in his famous Southern Seen columns. No matter how you make it, every one knows better than to mess with it. Pimento cheese’s reign will last for ages to come.