Public Houses: A Tradition of Food, Drink, and Fun 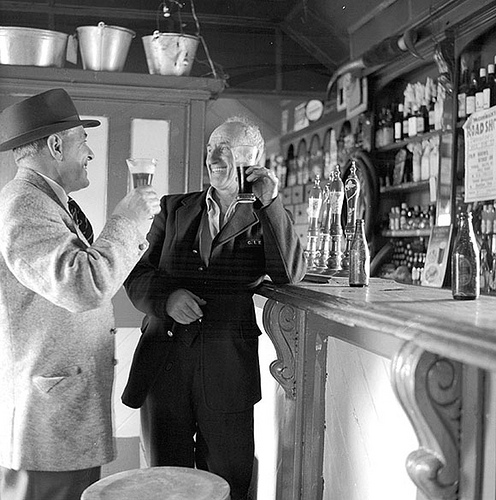 Like Southern cooking, the public house as a restaurant format has had a long and glorious tradition. Also like many aspects of Southern cooking, the public house comes from old England. Public Houses were establishments that served food and alcoholic beverages, but were considered more upstanding than the alehouses and ginshops that were the divebars of the era. They were suitable for casual and family dining, but you didn't have to be nobility to enjoy service. They were often centers of social life in the community. You might know the typical Public House better by its shortened name-- the pub. Public House is founded on the essential concept of those early restaurants-- a combination of food, drink, and community that has so long brought people together. Like many other traditions from the British Isles that came to the South over the centuries, Public House Chattanooga is the evolution of a beloved idea to suit its new time and place. You won't find fish and chips here, but you will find fried chicken. We offer fairly priced comfort food and drinks, yet a little more refined than what you'd find at home. We are casual, comfortable and respectable-- a place you could bring your family, enjoy an after-work pint, and get a feel for the personality and culture of the town. We are a traditional public house in essence, and Southern Nouveau in style and cuisine. We're proud to call those early pubs our great great great grand cousins. Like Chattanooga, we're a blend of many histories, traditions, tastes, and influences that come together to create something new.

Photo Credit: National Library of Ireland on The Commons via Compfight cc