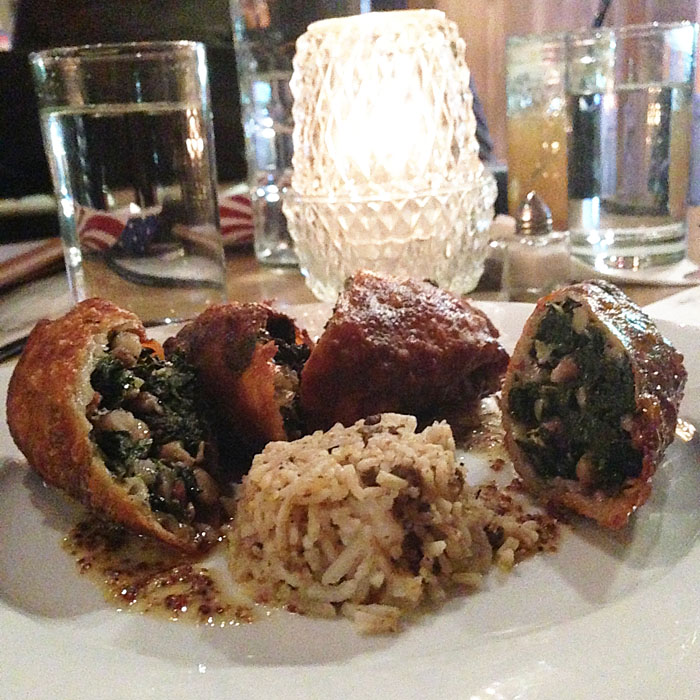 The South has always been richly influenced by a variety of cultures. In even the most classic dishes that seem deeply rooted to the region and its cities, there are the flavors of Senegalese kitchens and French pantries, intermingled ingredients and techniques from Africa, Europe, and the Caribbean. Today it has an even richer set of influences from all over the world.

Atlanta’s airport is the busiest on the planet, and its suburbs are now bustling with immigrant communities from all over the globe. There are h’alal shops from Middle Easterners and North Africans, carnicerias from the burgeoning Latino population who have come from Mexico, Central and South America, and the Caribbean, as well as a plethora of Asian grocery stores from the many Vietnamese, Chinese, Korean, and Indian residents. Atlanta isn’t alone either-- from the Pakistan population in Birmingham to the Bosnian and Croation refugees who started new lives in Chattanooga to the Asian population of Charlottesville, the South is growing increasingly diverse.

We wanted to take inspiration from some of the food traditions that are a part of the New South’s vibrant international culture and apply them to classic dishes. You might have noticed some of the newer menu items have fun Asian flare, such as the Five Spice Pork Belly with Hot Squash Chow Chow and the Hoppin’ John Egg Roll With Dirty Rice, Country Ham, and Pot Likker Mustard. At Public House, we like to play with our food, and we had a lot of fun coming up with these unique dishes. While Southern cuisine has little original link to Asia, there’s a reason these flavors go so well together.

The five spice powder mingles with the crispy edges of the pork and the rich, tender meat much the way that a barbecue rub might. Chinese five spice is a blend typically made up of star anise, cloves, cinnamon, sichuan pepper, and fennel seeds. While different five spice blends have slightly different ingredients, they add up to a balance of flavors that is sweet, gently spicy, herbal, bright, smoky, and warm.

It’s very similar to effect you get from classic dry rub ingredients like garlic, smoked paprika, black pepper, cumin, chili powder, and sugar. However, the slightly exotic edge of the five spice is a delightful change of pace that really highlights the layers of flavor and texture in these incredibly juicy, soft, melt-in-your-mouth cuts of pork belly. Add in the slightly sweet, tangy squash chow chow and you have the perfect counterpart to the smoky, sensual pork.

The Hoppin’ John Egg Roll is a fun twist on this Southern staple (and New Year’s tradition!). A savory blend of dirty rice, country ham, and bright greens is served not on a plate, but in a crispy egg roll wrapper. Instead of the usual mix of rice, meat, and vegetables you’d get in a typical egg roll at your favorite Chinese take out place, this is full of regional goodness. We’ve even put a twist on the Chinese hot mustard that typically comes with egg rolls. We made ours with delicious pot likker, blending the subtle heat of the mustard with the umami of the pork, and the edgy tang of the greens.

As you can see (and taste!) the Asian touches add exciting new flavors and textures to these traditional dishes. It’s Southern food for a global era. We’re proud of how connected Chattanooga is, from the gigabit networks that provides the fastest internet in the Western Hemisphere to the exciting new cultural developments like the Chattanooga Film Festival nad Main x 24 that have garnered national attention. We wanted to savor the same kind of interconnection and inspiration in the rich flavors on our plates. We hope you enjoy it as much as we have!