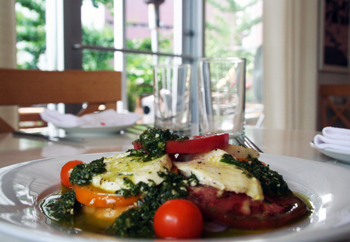 The local food movement has definitely gone main stream, with more restaurants, markets, and groceries than you can count referring to their "fresh and local" fare. You can trace the local food movement's start back to the West Coast in the 1970s, but in reality it's always been around if you know where to look. Local food and emphasizing local business used to be how things were.

In America, our parents and grandparents shopped at the local market, bought food from local farmers, and even grew some of their own fruits, vegetables, herbs, and more. The businesses in town were run by your neighbors. In the rural South especially, local was standard until fairly recently in the region's history. Local didn't need to be called anything; it just was how it was. So what does local mean now that we're returning to traditional ways of eating and shopping? What does it mean now that local is a buzz word we see everywhere? 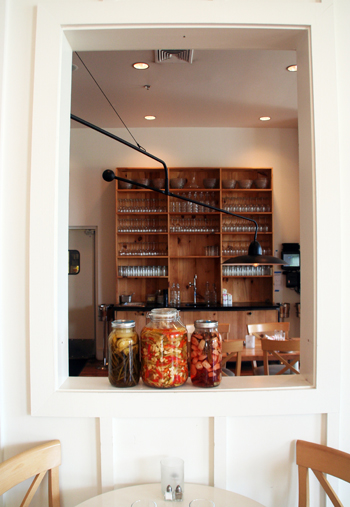 Even though our mom was a regular shopper at the old farmer's market, it started really making sense to me almost immediately after starting work for famed Southern chef Frank Stitt in 1994. Coming from the Alice Water's famed Chez Panisse in its earliest, formative days, Frank had been sourcing entirely locally and adhering to strict, daily offering of what was in season and best since 1985. When it came time to open my first restaurant, in the fall of 2000, a perfect mix of quality culinary training and joyful disorganization pushed local, seasonal fall vegetables into the Chattanooga market.

Well ahead of the national curve, long before there were "locavores" or "foodies," Chattanooga became a place where it was ok to serve asparagus in October, but savvy diners knew better. My brother used to return from the old farmer's market on 11th with bushels of shelled beans with names like cranberry, October and rattlesnake, purchased from guys with names like "Peanut" and grown in places like Sand Mountain and Fort Payne. That commitment to staying in season and keeping our money local became a driving force of everything we have done since.

Shopping local is about knowing that your money goes back into your community, and that we're all helping one another thrive. It's about building a better city, not only through investment, but in creating hubs and services that form a strong local business community. It's about entrepreneurial spirit, and seeing your neighbors turn their original dreams into a reality that in turn inspires others or simply helps them have a better day. It's about turning strangers into neighbors into friends.

At Public House we believe that local means all these things and more. When we say that we value local, we don't just mean the Barton's Creek Beef and Pickett's Ranch Trout. You can see it in our menu, our location, our team and our customers. It's simply the way we do business, the way we serve, and our values. We are owned and operated by entrepreneurs who grew up right here in Chattanooga, who saw what it was and have helped make it what it is today. Public House is part of Warehouse Row's transformation into a vital shopping and office destination, and it's been a participant in Chattanoogans falling in love with downtown all over again. Local is loving where you are and putting that love of place into everything you do. Local is Public House, and Public House is Chattanooga.